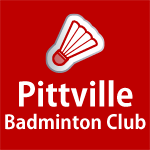 Preparing for the 2015/16 season and upcoming events

It's that time of year again when we need to start preparing for the new season. All current members and guests should have just received an e-mail inviting them to complete a short survey so that we can get an idea of the number of members we will have and who wants to play in our league teams (2 mixed, 2 mens, 1 ladies). Membership invites and registration forms will be sent out in the next few weeks.

Social on Wednesday instead of Summer Club

Please note that there won't be a summer club session on Wednesday (19th August) as the sports hall at Pates is unavailable. Instead, we have booked a table at The Swan on the High Street from 7:30pm. You can view the menu at: http://www.theswancheltenham.co.uk/food. If you are able to join us then please let Paul know by e-mailing him so that we can confirm numbers.

Over the next few weeks we've got some courts going spare on Sundays mornings. If anyone would like to pop down for some games then you are very welcome to:

In its third year, it's our turn to host the annual "pink (shuttle)cock" tournament. On Saturday 5th September players from Wandering Star Badminton Club in Cardiff (Ben's other club) will be making their way over to Cheltenham to try to retain the coveted pink shuttlecock for another year. Paul is currently recruiting players who are able to stop this from happening so please get in touch if you are able to help (everyone is welcome!) by e-mailing him.